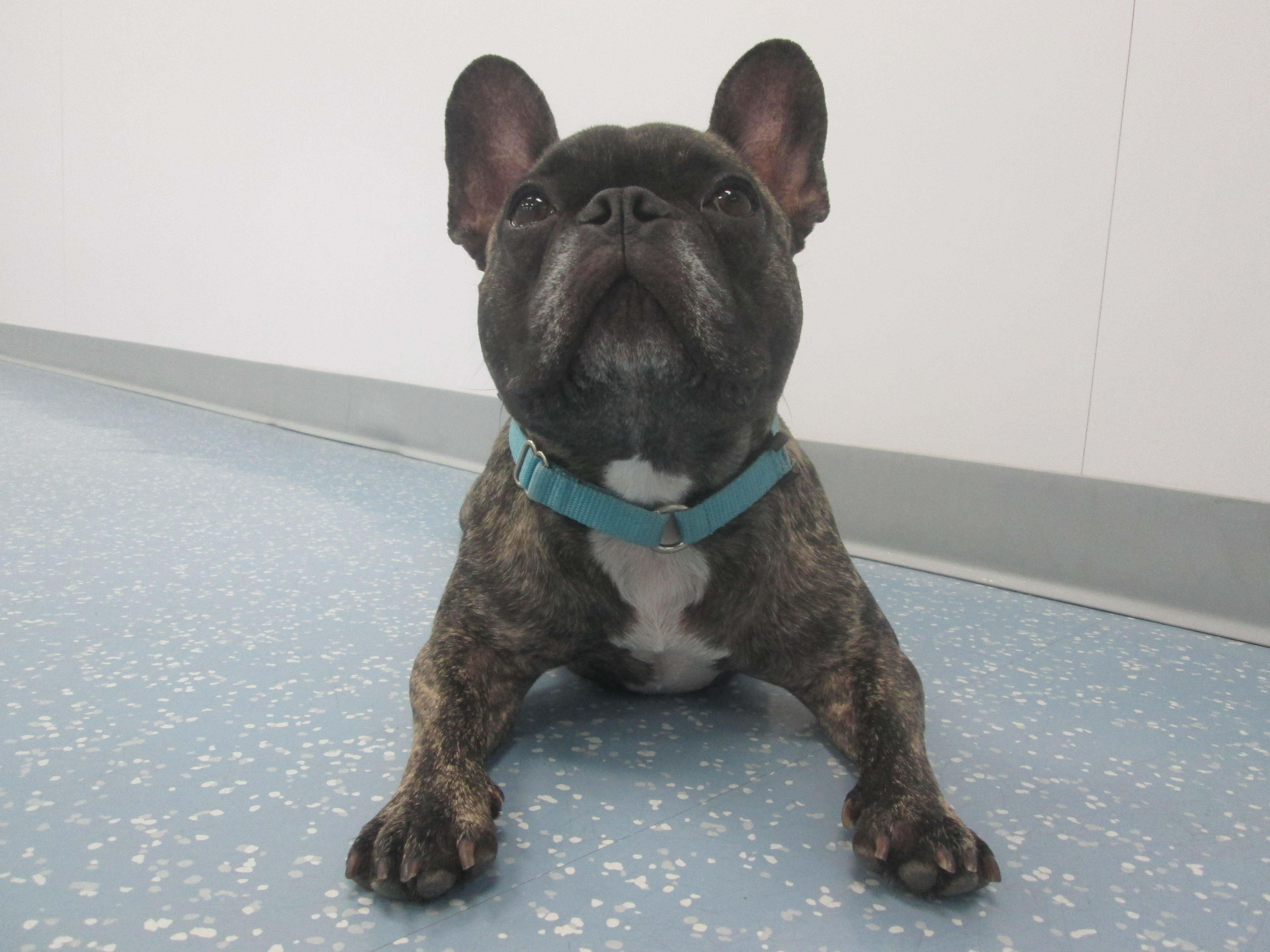 This month’s daycare dog of the month, Benjamin, has been helping Terri Ferrari feel at home in the city since he came into her life two and a half years ago. “I have always had dogs–growing up in Queens and in my ranch in Austin, TX–I missed having a dog for ten years when I moved to New York City.

Terri missed having a dog, and knew she wanted a French Bull Dog ever since, years earlier, a special Frenchie named Tootsie came into her life and made a big impression.

Terri researched breeders and found one with a long history of breeding with whom she felt a good rapport. “It’s been two and a half years since I got Benjamin, and I still keep in touch with his breeder.”

Now that she has Benjamin, she couldn’t be more delighted with him and with the effect he has on her life. “With Benj I get out and about. He loves to go for long walks on the trails and in the gardens of Central Park.”

“He always gives me lots of love and affection if he senses that I’ve had a bad day, and he always seems to know how I’m feeling.”

Benjamin is a pretty klutzy dog–he slips and slides on his wood floors at home and the rubber floors at Doggedly Devoted. He’s a good sport about taking a spill or two, but he’s sensitive and doesn’t like it when people laugh at him.

“This Halloween when I put him in his “Crab” costume, he just hated that he had it on and froze in place. My friend and I laughed so hard at him. When I took it off of him, he walked into the bedroom and sat with his nose against the wall and would not look at us or come out for 15 minutes. Then he wanted a treat!”