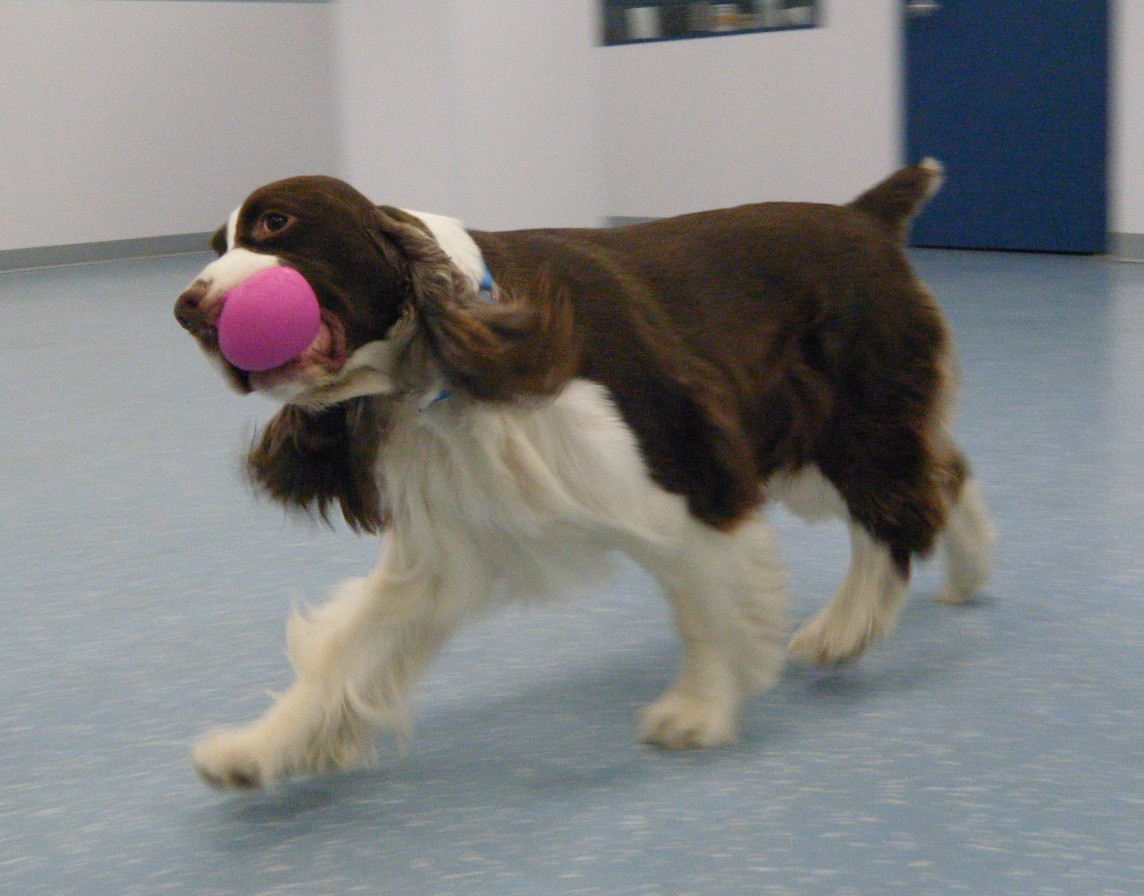 Cole, a fluffy brown and white Springer Spaniel, spent his early years in the disciplined life of a show dog. Retired at the ripe old age of five years, Cole is now learning how to play.

Walking down the street and even at the dog park, Cole is “aloof with other dogs,” according to his new owner, Patrick McGee. Cole enjoys trips to the Marcus Garvey Dog Run, but he spends most of his time there sniffing and chewing sticks.

Three days a week, though, Cole goes to Doggedly Devoted and kicks up his heels.

“When most of the dogs are trying to take their afternoon nap, he’s still trying to play,” Patrick said. “Doggedly Devoted has helped him to become more of a pet instead of a working dog.”

Patrick was looking for a puppy when he contacted a Connecticut kennel that breeds dogs for show and sale. The people at the kennel suggested, given that Patrick hadn’t had a dog since he was five years old, that an older dog might be a better fit.

Cole has a few rally titles, a sport in which dogs and their handlers navigate a course. The kennel stopped showing him when he was two and a half. He went to live with a family that bred Rottweilers, but Cole and one of the Rottweilers didn’t get along.